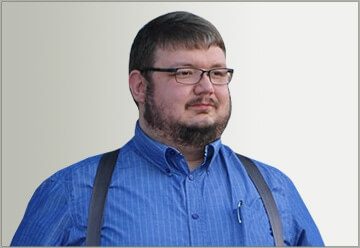 "Joey helped me with my car accident case and got me a very good settlement. On top of the settlement, he got my medical bills reduced! I highly recommend this attorney if you have been in a car wreck and need an attorney who will fight for you."

"I’ve worked with Joey Franks for a few years and know him to be an aggressive DUI lawyer who cares about his clients. He’s very detailed oriented and not afraid to go to trial."

"I met with him and he handled my case expeditiously and efficiently. He was down to earth and didn’t make me feel incompetent. Great attorney, knows his stuff. Will definitely hire him again if I ever have any other legal matters."

"I endorse this lawyer. Joey is a very knowledgeable about the law. His clients are extremely fortunate to have him as their attorney."

"I endorse this lawyer. Joey is super ambitious and I am glad to see that he has been so successful in such a short amount of time."

"I endorse this lawyer whole heartedly. Mr. Franks is a great attorney who works passionately and zealously on behalf of his clients."

The Big Man Attorney Joseph “Joey” R. Franks grew up in West Monroe, Louisiana. After graduating from West Ouachita High School, he attended the University of Louisiana at Monroe where he graduated with a major in speech communication in 2008. Throughout high school and college he worked at various jobs including pouring concrete, carpentry, factory work at a paper mill, laborer at an antique auction, operating an antique store, and operating a salvage yard.

Following college, Joey went to work for the Louisiana and Delta Railroad where he began as a train brakeman. He received promotions to train conductor and locomotive engineer before going to work with the Canadian National/Illinois Central Railroad.

For hobbies, Joey enjoys amateur photography, afternoons at Turcotte Shooting Range, hiking, and traveling. He is extremely grateful for the love and support of his mother, Floyce Franks.