Skip to content
Penalties For A DUI First Offense In Mississippi 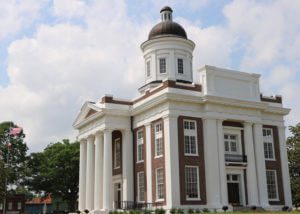 Penalties For A DUI First Offense In Mississippi

What Are The Penalties For A DUI First Offense In Mississippi?

Joey: That’s actually a bit of a trick question because it depends on certain factors. For your average Joe that’s driving to work every day and has a standard driver’s license in Mississippi, then they’re looking at suspension of their license for up to 90 days, somewhere between a $250 and a $1,000 fine, up to 48 hours in jail and having to possibly attend what’s called a MASEP course or a Victims Impact Panel. If it is a commercial truck driver in Mississippi, then the penalties are much more severe in the that they lose their commercial driver’s license for up to one year, which could put them out of work. Then we also have individuals under age 21. Depending on their blood alcohol content, they could be looking at a fine of $250 and a suspension of their license of 90 days along with that MASEP course I mentioned earlier. The real difference is they don’t have the 48 hours in jail and they don’t have the fine up to $1,000, dependent on their blood alcohol content.

Is There Anyway I Can Be Found Not Guilty?

Joey: Absolutely. It’s not unusual to have a case dismissed or to go to trial and have an individual found not guilty. In fact, the very first trial I ever did was a DUI second offense and the individual was found not guilty on all the charges. It depends on a lot of things. It depends on the facts from when the individual’s pulled over. Did the officer have reasonable suspicion or probable cause to stop them? If they don’t have that then the rest is cut off and it doesn’t matter. On top of that, officers are human beings too. They make mistakes. They overlook entering data required to prosecute someone successfully for a DUI in Mississippi. It is very possible to get a not guilty verdict on a DUI. That’s where a DUI Lawyer Canton MS can help.

If I’m Found Guilty, Do I Have To Do Jail Time? I Know We Talked About This Before.

Joey: That’s right. It can carry up to 48 hours in jail if you are found guilty. A common approach is, we ask for credit given for any time served when you were initially arrested. It might have taken 6 hours, 12 hours to bond out of jail. We would ask for credit for that time served. We ask the court to suspend the remaining time and they will usually do because the purpose of courts is not to rake people over the coals and end their jobs. They understand. They want people to remain productive citizens in society. Quite often they’ll suspend that. Also, there’s an alternative where you can go and attend a Victims Impact Panel. That would substitute for the 48 hours in jail.

Can I Plead To A Lesser Offense?

Joey: In Mississippi, you cannot plead to a lesser offense than a DUI first offense. The laws are very clear on that.

In Mississippi, What Is The Legal Limit?

Joey: Again, as I said, the very first question was a trick question. This is as much of a trick question because for your person driving to and from work with your normal Mississippi driver’s license, the legal limit’s .08. That’s the blood alcohol content. Many times it’s called BAC. Now, if you are a commercial truck driver, that limit goes down to .04 blood alcohol content. If you are a minor in the state of Mississippi, they have a zero tolerance for minors. That level goes all the way down to .02. Once a minor gets up to the .08 level, they’re treated just like an adult.

Also, check us out on YouTube at The Mississippi DUI Lawyer.