Skip to content
What Do Police Look For In A DUI Stop? 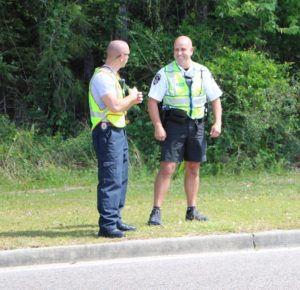 What do Police look for With a DUI?

What Do Police Look For In A DUI Stop?

What do Police look for With a DUI?

Joey: They’re looking for certain road conditions that make it difficult to drive. That’s where you often see a DUI roadblock. Often it’s a choke point near some kind of bar or club or restaurant. That’s their most common tactic.

The other thing is, they’re looking for any reason to pull someone over. Swerving, speeding, rolled through a stop sign; all those are very common reasons an officer will stop someone. The real reason isn’t to write them a ticket for a taillight being out, or something like that. The real reason is they want to see if there’s anything else going on and they use that as their probable cause, which under Mississippi law is enough. A DUI Lawyer Byram MS knows this.

Let’s say I get pulled over and the police officer asks me if I had been drinking. How do I answer?

That’s going to raise the officer’s suspicion. But at the same time, you have not been dishonest. The Fifth Amendment isn’t a privilege and he may give you grief over it. But it’s your right to exercise the Fifth Amendment right to remain silent and not give him information that would be used to convict you in your own trial.

Do I have a right to an attorney while taking a field sobriety test?

Joey: I wish that was the case. Unfortunately, most field sobriety tests are being used for probable cause reasons to arrest you and the officer is using them to determine impairment. But there is some case law out there that says some tests are not admissible for the purposes of impairment. But unfortunately, you don’t have the right for your attorney to be present during a field sobriety test.

Furthermore, there’s the impractical side of most people are pulled over somewhere between 10:00 at night and about 3:00 in the morning. It happens throughout the state of Mississippi and there’s no way an attorney could be at three different roadblocks doing field sobriety tests for different clients. It is what it is for a DUI Lawyer Pearl MS

So I’ve been pulled over. I’m getting a field sobriety test. Beyond the breath test, what’s the officer looking for? (Physical and behavioral things.)

Joey: The first thing he’s looking for is the smell of alcohol when you roll down the window. They will often test by smell of an intoxicating beverage or odor emanating from the vehicle. The next thing they’re looking for is slurred speech. They want to make sure your speech is crisp and proper. The problem with that is some folks have a lisp or some other speech impediment. That can be a conflicting cue.

Check out our video on this blog by clicking here!

They may ask you to step outside of the vehicle. As you walk to the back or the front of the vehicle, the officer is watching how you’re walking. Are you maintaining your balance? Are you stumbling? Are you dragging your feet? But again, a lot of these cues are things that can be explained by physical deformities or disorders. Somebody might be sick or had a surgery recently on a sprained ankle or broken ankle.

That may give an officer an idea of whether or not alcohol is involved, but you can’t use one or two things by themselves. Officers should go deeper before they issue a DUI. Unfortunately, sometimes they do not.

Also, check us out on YouTube at The Mississippi DUI Lawyer.