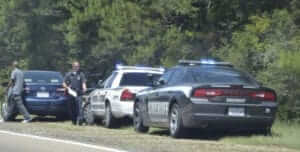 I Wasn’t Read My Rights. Am I Not Guilty?

Joey: Absolutely not. The rights you’re referring to are your Miranda rights. In the movies they say, “You have the right to remain silent. You have the right to an attorney. Anything you say can and will be used against you in a court of law.” What that means is, if they didn’t read you your rights, anything you say after you are arrested is excludable. That doesn’t mean it’s necessarily excluded, it means you have to have a DUI Lawyer to make the proper motions at the proper time to have that information excluded. So if you were pulled over, stopped for a DUI, and you admitted to drinking, or smoking marijuana, or taking prescription pills after you were arrested, then there’s a chance that can be excluded. But, it does not mean you are guilty, and it does not mean you are not guilty.

Am I going to lose my driver’s license?

They found me asleep in my car. The engine wasn’t running, but I still got charged with a DUI. How come?

Joey: They will likely argue that you were still operating an automobile. Now, they’ll have to show that the automobile was capable of being operated, and they will likely do this by showing you had the key in the ignition, even if it wasn’t running, since it was capable of being cranked. However, if you do not have the key in the ignition, in the State of Mississippi, you have a pretty good argument that you were not operating the automobile at the time you were impaired.

I passed the field test, but they still arrested me. Why

Joey: It’s called a statutory DUI because they likely had you have blown into a portable breath test and you blew .08 or greater. That suffices for probably cause to take you down to the station where you will likely blow in what is called Intoxilyzer 8000, which is much more accurate, and they will get a reading off that and you’ll be arrested. Even if you pass all your field sobriety tests, the statute says that once you blow a .08 or greater, you’re impaired under the law. So that is likely the reason they arrest you, even if you pass the field sobriety test.