Skip to content
Will I Go To Jail For A DUI? 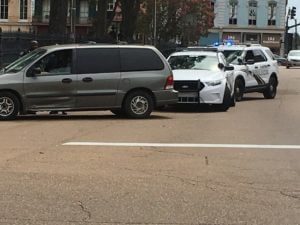 Will I Go To Jail For A DUI?

Will I go to jail for a DUI?

Joey: If you’re found guilty of a DUI first offense in Mississippi, you could be looking at up to 48 hours in jail. There are a couple of things where a Mississippi DUI Lawyer helps. First, if you’re successful at beating the DUI, then it’s like it never happened. The only time you’re going to spend in jail is after the initial arrest. However, if you’re found guilty of a DUI, often we ask for time served so you get credit for that. Also, we’ll ask that any remaining time be suspended. We’re often very successful in getting that done for our clients.

What kind of evidence does the officer need to stop me?

Do I have to take a field test?

Joey: Absolutely not. Those tests are designed for people to fail. I’ve never seen anybody pass one of those tests, completely stone cold sober. They’re designed for individuals to fail and that’s all there is to it. All those tests do is give the officer probable cause, or reasonable suspicion, to take you down to the station and get you to blow on the big Intoxilyzer 8000. Even if you pass the Intoxilyzer 8000, they may argue that you were still impaired under common law based on how you performed on your field sobriety test.

Request a hearing. What’s that? How does it work?

Joey: It depends what type of hearing you’re talking about. If you’re talking about a petition to determine whether or not a breath test refusal occurred, then that’s generally a completely separate matter from a DUI. Once they arrest you, they will give you a piece of paper that says to appear in court on this day. That’s your initial appearance where you go and plead guilty or not guilty. If you retain the services of the Best DUI Lawyer Jackson MS, one of the first things that we do is enter what is called an entry of appearance filed with the court. It says I’m your attorney; we’re entering a plea of not guilty and set this matter for trial. The court’s usually pretty prompt about giving us a trial date and that saves the client at least one appearance in court.

How long does this take?