Skip to content
Mississippi Drug Possession, Did You Really Possess It? 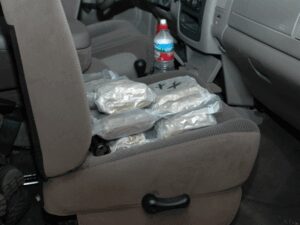 Mississippi Drug Possession, Did You Really Possess It?

Mississippi drug possession charges are serious. Being convicted of possession drugs or paraphernalia can lead to years in jail. But what if you were just the passenger in a car where drugs are found? Can you be charged with possession of drugs? Yes, you can.

First, you were aware of the presence and character of the particular substance. Second, you exercised dominion and control over the object. And lastly, the proximity of the person to the object. Each element is discussed below.

Remember, the government must prove all of the elements of a crime beyond a reasonable doubt. If you were charged with constructive possession, you need to speak with an experienced criminal attorney. Call The Franks Law Firm, PLLC at (601) 283-2343 and we will put our experience to work for you.