Skip to content
What Should I Look for in DUI Lawyer? 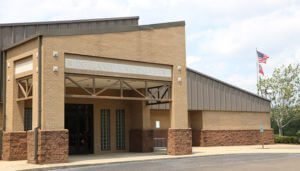 What Should I Look for in DUI Lawyer?

Joey, Tell Me About Your Firm And Yourself.

Joey: Well, we’ve been open three years. I opened right out of law school. Before law school, I had a career on the Illinois Central and Louisiana Delta Railroads, working on trains. When I was working out there, if you got a DUI, that certainly impacted your career. So I understand individuals that are charged with DUIs in Mississippi and the impacts it has on their everyday life a lot better than people might think a lawyer would have.

What Should We Look For In A DUI Lawyer Madison MS?

Joey: You need a DUI lawyer who is going to tell you the good, the bad and the ugly of your case. Every case has good and ugly points, and every case has bad points in between that aren’t good for one side or the other. You need a lawyer who will sit down, day one, and tell you realistically what your situation is. You need a lawyer who’s not scared to go to trial, who’s not hesitant to get in front of a judge, but at the same time, has a relationship with prosecutors and can have a frank conversation. Quite often we can get a favorable outcome without having to go to trial, though sometimes a trial is absolutely necessary. You need an attorney that’s not scared to take the route most beneficial to you. And you need someone who will tell you the no bull account of where you are.

Can A Person Just Go Into The Courtroom And Talk Directly To The Prosecutor?

Joey:   That’s a yes and a no answer. There are some prosecutors who refuse outright to talk with individuals who aren’t represented by an attorney. In fact, I’ve dealt with one prosecutor, in the State of Mississippi, who wouldn’t even talk to me as an attorney and insisted on trying everything. You have the right to go talk to the prosecutor, but there’s no requirement the prosecutor talks with you.

They might be a mechanic or a truck driver. I don’t know about you, but I can’t double clutch an 18-wheeler or replace an engine. But I can lawyer and I’m a good DUI lawyer. I tell people I could go work on my own truck or I could try driving an 18-wheeler, but it’s going to look real bad and I’m probably going to mess it up and it’s going to end up costing me more. So I tell them it’s the same situation and I highly recommend going ahead and getting an attorney to stand with and represent them throughout this process and to see that it’s not messed up. I make sure it costs as little as possible and it costs as little time as possible.

What’s The Most Common Question You Get?

Joey: “Am I going to go to jail over this?” I understand nobody wants to go to jail. But for a DUI first offense in the State of Mississippi, 48 hours is the maximum jail sentence time that can be imposed. If there is a plea deal or a guilty charge conviction, then we ask for time served credit. There’s also the option of attending a victim’s impact panel. You go on a weekend, or something like that, and sit through the panel. You have to pay for it, but you avoid spending the 48 hours in jail or you avoid the remaining time you would be required to serve in jail that wasn’t credited. Sometimes we’re able to get that suspended completely and if we get a not guilty at trial, or the matter is dismissed, then there is no jail time.